While the major cities have a pretty good track record of keeping the water safe to drink 24/7, as soon as you start moving into the country, the water systems become much more unreliable. There are several reasons for this, but primarily it is due to the following two:

For many people, the issue of Australia's tap water isn't any health risk, but rather their more sensitive tastebuds picking up on odours and tastes that most people don't recognise. Home water filters ensure that the water in your house has another layer of filtration which removes even more bacteria and chemicals that can cause you to dislike the taste of your water. Without a home water filter system, many people are forced to boil their water and then let it cool it down again before they can comfortably drink it. If this is a problem for you, then a home water filter is a necessity.

As with most safety precautions, the vast majority of the time home water filters are there purely in case something catastrophic happens. Otherwise they sit seemingly unused, just waiting. Having a home water filter gives you a layer of protection from any serious dangers that may occur in your water catchment system. While this may seem like an unreasonably high level of preparation, in reality there are dozens of threats to Australia's drinking water systems every year; just recently water from a toxic mine was found to be leaking into Sydney's catchment. All it takes is for one of these threats to bypass the warning systems long enough to severely affect thousands of Australians. While home water filters make your water taste better and cleaner throughout the year, the real reason you want one is to ensure that in the case of an emergency you are not accidentally poisoned before the error is fixed.

Tips For Remodeling An Older House

Tips For Remodelling An Older House 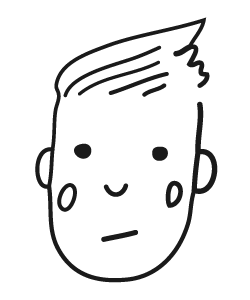 Not everyone can afford to buy a brand new home, and when you purchase one which is over 30 years old, then you inherit some old home problems. I began this blog so I could offer tips about remodelling an older home. Giving an old home an interior design revamp raises the value of it, but you need to consider topics like rewiring, replacing old insulation, the possibility of lead paint, and other factors. My blog posts make you aware of the negative parts of an old home interior so that you can redesign them into a positive new feature of your home.

Here are some interior design tips that could help …

If you're researching which window coverings to in …

Are your business needs changing? Then it's time f …

Blinds are a great choice of window covering for d …

If you are deliberating on making the switch from …